Traditionally, growers need to follow different light cycles for each stage so that the plant can enter a new stage, which is what they do to trigger flowering.

With autoflowering Marijuana plants, the process is a little different. The plants don’t need to be grown in specific light cycles so they can start to flower – they do that by themselves, as they mature and reach their flowering stage.

Therefore, many types of autoflowering plants can be ready for harvest in less than ten weeks.

There are many reasons why people choose to use autoflowering plants, so if you’re wondering if you should get these types of plants as well, stick around as we take a look at the advantages of using autoflowering marijuana plants and the main difference in harvest and in their growth cycles.

Autoflowering Marijuana strains follow an automatic process and bloom by themselves, regardless of the light cycle, which is one of their main benefits, in addition to their fast growth period. Autoflowering plants typically take less time to grow from seed to harvest because they are not dependent on light, unlike the “traditional” photoperiods.

Unlike photoperiod strains which can be in the vegetative state almost indefinitely, autoflowering plants stay in this stage for a limited amount of time and then automatically start growing buds as they mature.

As we mentioned before, they get ready for harvest sooner, although they basically require the same amount of nutrients and care as photoperiod plants do.

Another benefit of the autoflowering plants is that they are quite small, yet sturdy and easily adaptive. Their compact size makes them perfect for smaller grow spaces.

Since they don’t require a change in light to enter the flowering stage, this makes it possible for outdoor growers to get multiple harvests per season.

Although when growing outdoors, autoflowering plants are easier to grow and growers can produce multiple harvests per season, when it comes to growing indoors, growers already have the ability to control the light cycle and can therefore easily grow photoperiod plants. This means that there’s no particular reason to grow smaller plants with smaller yields, when they can have bigger harvests by using photoperiod plants.

Autoflowering plants can be kept under much more light during the flowering stage, which can maximize photosynthesis, but can also increase your energy bills, which some growers see as another disadvantage.

Since they are genetically smaller, autoflowering plants generally produce smaller yields as well.

Not only can you expect a smaller yield, but that yield may also have a smaller THC content than the one from a regular photoperiod strain. They are still quite potent, but if you’re looking for the highest amount of THC available or the best yield, autoflowering strains may not be the most suitable choice for you. 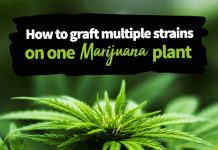 How to graft multiple strains on one Marijuana plant

How to increase your Marijuana plant yield – Topping, Pruning, SOG, and more 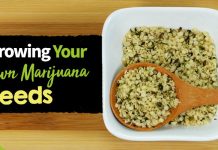 How to grow your own Marijuana seeds