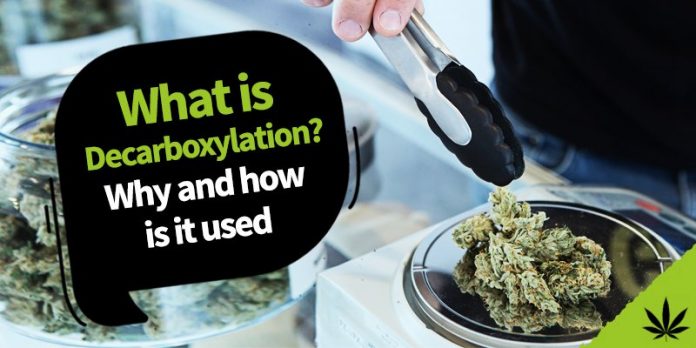 Have you ever wondered why it’s necessary to cook or heat up Marijuana in order to get its full effects and get the most out of your experience?

That’s because cannabis needs to undergo a process called decarboxylation so that the cannabinoids such as THC and CBD can be activated.

Let’s see what that actually is.

When the plant is harvested, the cannabinoids that are present in it are in acid form, which can be turned into their neutral counterparts by going through the process of decarboxylation. Although THCA, which is the acidic form of THC, also has a lot of health benefits, it is not psychoactive and therefore you must convert it to THC in order to feel those effects.

The decarboxylation process is important because it takes the acidic cannabinoids and turns them into ones that are more bioavailable and can be better absorbed and used by our bodies. They can also interact better with the cannabinoid receptors, which is another important factor.

How Does the Decarboxylation Process Work?

The decarboxylation process starts to occur naturally once you harvest your plants, during the curing process, and continues to occur in storage as well. This means that if you keep your cannabis in storage for a year or so, it will decarboxylate to a great extent, but in order to finish that process of decarboxylation, you’ll need to additionally heat up the cannabinoids at a particular temperature. By using the right temperature you can decarboxylate your cannabis, while also preserving the integrity of the cannabinoids and terpenes present in the plant.

Depending on the method of consumption you prefer, the process of decarboxylation can vary a lot. If you prefer smoking or vaping, you can use raw buds which will instantaneously decarboxylate due to the high temperatures which are present during this process.

When it comes to other types of consumption, such as preparing butter, edibles or beverages, you’ll definitely need decarboxylated cannabinoids so that they can be properly absorbed.

How to Decarboxylate Marijuana?

In order to preserve the integrity of the cannabinoids and get the most out of your experience, you’ll need to stick to the right temperature and time when cooking your cannabis.

Although there are many debates going on about the right temperature and the amount of time required in order to properly decarboxylate cannabis, most typically cook their buds at a temperature of 220°F (105°C), for 30 to 45 minutes. Some even use lower temperatures for longer amounts of time, in order to preserve the full benefits of the terpenes. In order to get the desirable effects both from the cannabinoids and the terpenes it’s important to use temperatures which range in the 200°F (93°C), without exceeding 300°F (148°C). 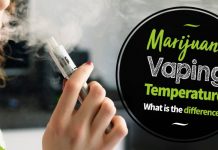