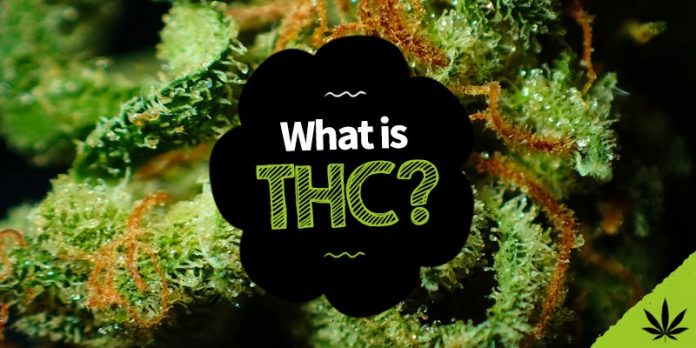 Anyone who knows anything about the Cannabis plant has probably heard of THC, however many people are unsure of what it actually is, or how it works in the body. Yet understanding THC is key to understanding Cannabis and its effects.

Tetrahydrocannabinol (or THC) is the compound in marijuana that is responsible for the majority of its psychological effects. In fact, it functions in much the same way as the cannabinoids which are naturally produced by the human body.

THC is just one compound which is found in the marijuana plant resin. There are more glands which secrete this resin around the plant’s reproductive organs than on the plant’s other areas. There are other unique compounds known as cannabinoids present in cannabis resin too. One of these cannabinoids, CBD, is almost as well known as THC, but produces none of the psychoactive effects of its better known cousin. In fact, CBD may even counteract THC’s euphoric high.

How does THC affect the body?

THC is known to stimulate the cells inside the brain, inducing them to release a hormone called dopamine. This results in a euphoric high. THC can also interfere with the way in which the hippocampus processes information. This is the area of the brain which is responsible for the formation of new memories.

Using THC can result in a change to thought patterns, delusions and hallucinations. The effects, on average, last approximately 2 hours, kicking in after around 10-30 minutes following ingestion. Impairment to psychomotor functions often continues even after the high has abated.

There are a few side effects which have been reported after using THC. These include anxiety, short-term memory issues, tachycardia, relaxation, sedation and pain relief. While some of these are clearly positive effects, others are not so desirable. However, the other cannabinoids present in the cannabis plant together with the terpenes (the compounds which produce the fragrance and flavor of the plant) can reduce those negative effects.

Are there any risks when using THC?

Marijuana’s psychoactive effects make it one of the most commonly used drugs around the world, both for recreational and medicinal use. There are limited risks involved with using THC. Nobody has ever died as a result of an overdose of THC. However, THC does impair the motor skills. This means that it isn’t safe to operate heavy machinery or drive after using marijuana.

There have also been some studies which have showed that THC may cause lasting problems for those who began using cannabis at a very young age. They may have decreased cognition, memory and IQ. People who begin using cannabis at the age of 14 or under often perform more poorly in cognitive tests when compared to those who have never used cannabis. They are also more at risk of dropping out of education. However, for those who don’t use cannabis until they reach the age of 17, there are no apparent long term negative effects. THC may also interact negatively with other medications, so this should be borne in mind.

THC for medicinal use

Marijuana has been a commonly used medicinal therapy for over 3000 years and although it fell from favor for the best part of a century, it is now being used for this original purpose again as more states have started to legalize its use for medicinal purposes, and sometimes for recreational use too.

It’s possible to extract THC from the marijuana plant or to synthesize it. One example of a synthesized form of THC is Dronabinol. This FDA-approved medication is used in the prevention and treatment of vomiting and nausea experienced by those going through cancer treatment and to boost the appetite of AIDS patients.

THC has also been shown in a number of studies to have a host of medical benefits. For example, if taken in small dosages, it may improve memory. There are also other benefits associated with its use which have led to it becoming more commonly prescribed to treat a wide range of conditions.

Can you overdose on THC?

Although nobody has ever been known to have taken a fatal overdose of THC, it is possible to overdose. In legal states, edibles which contain THC have been known to cause overdosing. This is because some people mistakenly take too much when consuming THC-infused edibles. It can be all too easy to eat an entire cookie rather than just a portion of one. Since edibles have a very high potency level as well as a long lasting effect when ingested through the digestive system, an overdose can occur that, while not fatal, can still be unpleasant.

What is the concentration of THC in Marijuana?

If THC becomes exposed to the air, it will degrade into cannabinol. This is another cannabinoid which produces psychological effects of its own. The concentration of THC in any marijuana plant will depend of the type of plant it is. For example, one form of cannabis plant has a very low THC content. Hemp, which is cultivated for medical and industrial purposes, only has a THC content of around 0.5%, with some strains having just 0.3% THC present.